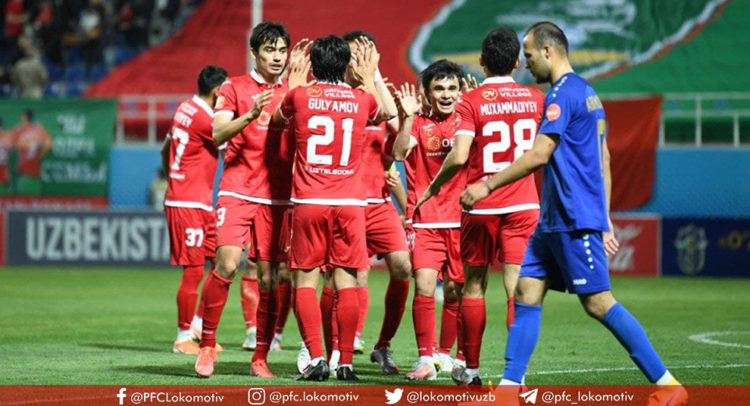 A few minutes ago, the match of the 6th round of the championship of Uzbekistan between the two Tashkent teams ended. Lokomotiv and Bunyodkor. Both teams played interesting and attacking football, which attracted a record number of spectators in 2021 at our home stadium (2503 spectators). Before the match, an award ceremony was held to Temurkhoja Abdukhalikov, who scored the hundredth goal in his career. The award was presented to him by the renowned veteran Tulyagan Isakov

In the first half, the advantage was on our side, but there were no goals scored. As for the second half, already in the opening of the half (48th minute) Sadriddin Abdullaev made a filigree pass to Zhavokhir Siddikov, who opened the scoring in the game. On 68 minutes, Shukhrat Mukhammadiev made a pass from the flank. Temurkhoja Abdukhalikov responded to the pass and made the score 2: 0. At the 78th minute, the opponent closed the gap and went on the attack. At the end of the match, our club had a hard time. Zhavokhir Ilyasov made a couple of saves. As a result, the referee Shavkat Nasibullaev recorded the end of the match. Our team wins 2: 1