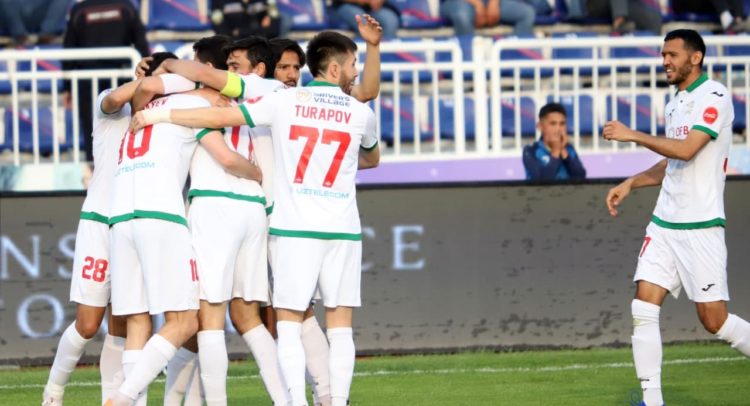 “Railwaymens” played in the Uzbekistan Cup match against the “Andijan” team on a visit. The match was the first for our team in the group stage of the Cup. In the first half, the teams were not marked with effective actions. Our team had the only shot on target. On 19 minutes, Diyor Turopov moved from the right side to the center and shot at the Andijan goal. The opposing goalkeeper caught the ball easily. During the break, Mikael Sequeira makes a substitution. Ibrokhim Ganikhonov, Temurkhoja Abdukhalikov enters the field, who opens the scoring in the 48th minute after a pass by Marat Bikmaev. At the 68th minute, our goalkeeper Abdumavlon Abdujalilov breaks the rules in the penalty area, for which the referee assigns a penalty kick to our goal. Jasur Zhaloliddinov compares the score – 1: 1. At the 80th minute, after a series of combinations, Sadriddin Abdullaev first shot on goal, on the rebound our players actively captured the opponent’s penalty area, and Temurkhoja Abdukhalikov added an assist to his ball! The author of the scored goal is Shukhrat Mukhammadiev! Bravo! Lokomotiv wins 2: 1 and continues its path in the Cup of Uzbekistan