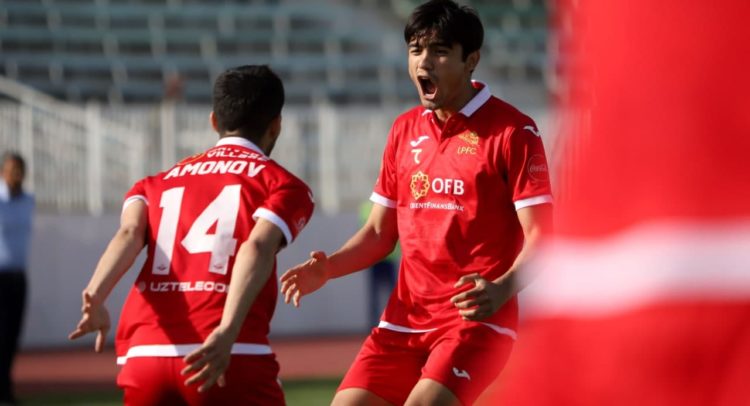 The match of “railroad workers” in Termez against the local “Surkhan” ended. From the very first minutes our players launched a number of attacks. On the 2nd minute, Diyor Turopov responded to a serve from a corner and shot on goal. But it turned out a little higher. On the 9th minute, after a pass from Shukhrat Mukhammadiev, Diyor Turopov closed the pass with his head, sending the ball into the goal! 1: 0! At the 13th minute, our guys organized a beautiful attack with the transfer of the ball to Zhavokhir Siddikov. Unfortunately, the goalkeeper from Termez intercepted the ball. On the 21st minute, Aziz Amanov deceived two opponents and shot on goal from the penalty area. The blow was strong. Above the gate. And at the end of the first half, Turopov could have made a “double”, but the ball was half a meter from the goal frame

In the second half, the pace of the game was calmer, but nevertheless, both teams had chances. On the 53rd minute, Zhavokhir Ilyasov caught the ball after hitting the opponent. Then Michael Sequeira made replacements that strengthened our possession. It should be added that, as residents of Termez, they noted several dangerous moments. On the 85th minute, in the attack, the Termezians made a pass to their striker in the penalty area. At the cost of risk, Ilyasov went out of the gate, playing ahead and knocking the ball out of bounds

Women's football. Our team found out the calendar of the new national championship