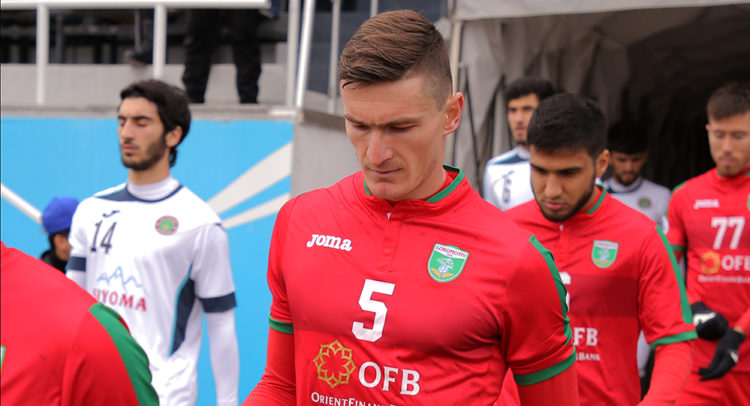 Montenegrin football defender explained: – Before that, I participated in the European League and European Champions League qualifiers. After the Green continent career I joined the “Lokomotiv”. I’m very happy about that.
My former club was leading the table with 8 points after the first round. We have won 14 of 19 games with “Buduchnost” in Montenegro.

One month ago, my agent called and said that he is calling me to tell about interest from “Lokomotiv”. Even though we were leading the league, I wanted to leave the high-leagues and change the state of my country and take a breath of other state football. I agreed with my agent. I wanted to play in the Asian region and defend the honor of Uzbekistan in the Asian Champions League.

The first game against “Istiklol” was hard. We were defeated hardly on our pitch. But it’s football. Naturally, fans will demand a winning game from his club. The team taught that. So we have time to work to spend the season on the top note. Now we play to get the first place in the league.

The process of getting used to the team is going very fast. Everyone on the team welcomed me as if they were his family. Tashkent is also a very beautiful city. We became a family in “Lokomotiv”. Now we are all united in one purpose.