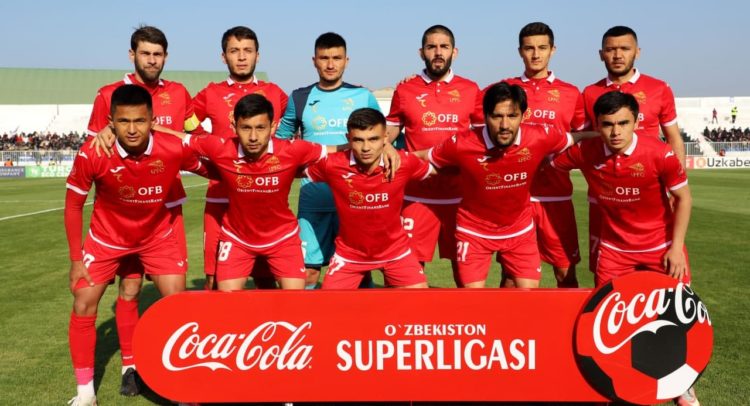 The main line-up of the “railroad workers” in Yaipan played the match of the 3rd round of the Coca Cola Super League against the debutant of the League “Turon”. From the very starting whistle, both teams carried out a series of attacks, but the beginning of the meeting remained with the hosts. Already on the 4th minute, “Turon” opened the scoring, and on the 11th minute they doubled the lead. Both goals were attributed to the club’s legionnaires.
Lokomotiv did not keep their fans waiting long. On 16 minutes, Javokhir Siddikov cut the gap with a long-range shot. 1: 2! On the 39th minute, our captain, Kakhi Makharadze, could have equalized the score, but the ball hit the crossbar after his hit.

In the second half, Mikael Sequeira made several changes in the squad. The team tried to level the score. But before the completion of the task, as part of the home team, the footballer received a red card for playing with a hand in his own penalty area. And the main referee appointed a penalty, which was converted by Temurkhodja Abdukhalikov. Draw 2: 2 and became the final result of the match. Lokomotiv from Yaypan takes a draw and earns the first point in its piggy bank