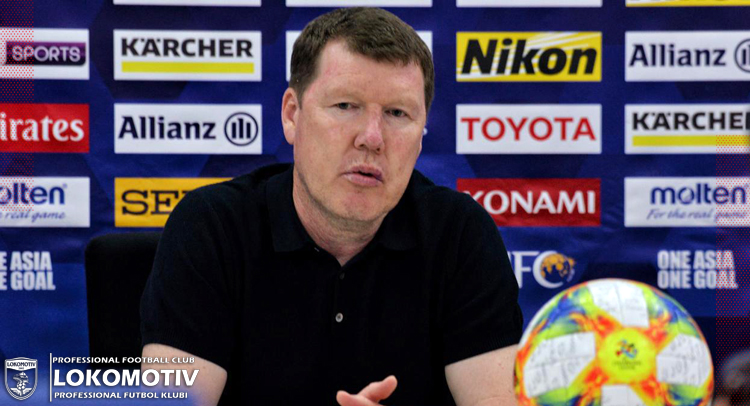 Andrey Fyodorov: “We did not give up and fought to the end”

After the match “Lokomotiv” – “Al Rayyan” a press conference was held and the trainer Andrei Fedorov and the “Best Player of the Match” Timurkhuz Abdukholikov took part in it.

– Congratulations to all the fans of “Locomotive” with a victory. Yes, as I said yesterday, the victory in this game, in principle, did not give us anything. I thank the fans who came to the game and supported us. Yesterday there was a question, what is waiting for us almost a friendly game and if I can find the motivation for my players. This is not a friendly game! Matches of this caliber do not spend every week. Yes, we started the meeting very badly. I think the goalkeeper made such a mistake due to the lack of match practice. Most importantly, we did not give up and tried not to lose control. After the break, the game has completely changed. We controlled the game and created enough chances at the opposing goal, which ultimately led to victory.

Timurkhuzha Abdukholikov: – Yes, today’s match did not decide the fate of trips to the playoffs. But it is always nice to win. If we talk about the match, we woke up only with the score 2: 0. But after they managed to recover and change the course of the game.

– In the current LCHA draw 5 goals were scored. Are you satisfied with your game in the international arena?
No matter how many goals you have scored. 5 or 10. It was necessary to leave the group. In 2016, they scored 3 goals, but they left the group. And this time the task is not completed.