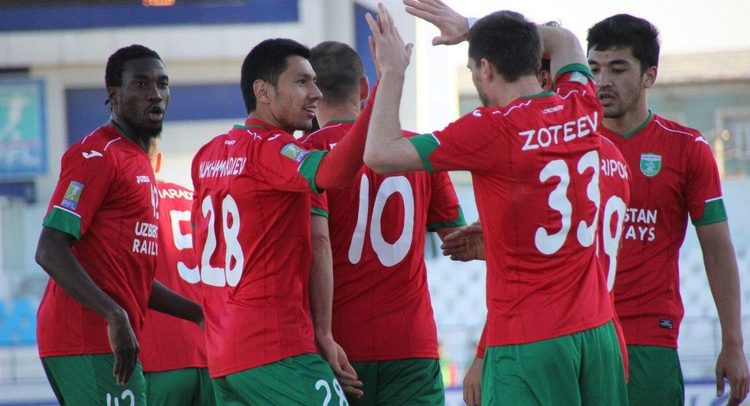 Mohamed Kone: Important victory in the beginning of the season

Lokomotiv’s Ivorian defender Mohamed Gnontcha Kone praised the performance of his teammates in yesterday’s match against Mash’al team which ended with the victory of the team by 1-0.

Kone said in a statement to the club official website after the end of the match: “The team entered the stadium to achieve victory with the lowest effort specially that we are dividing our efforts in two fronts. The first is internal and we seek through it to achieve the league title, and the second is in the AFC Champions League in which we seek to reach the farthest point”.

He added: “The victory achieved resulted from the work of all the team’s memebers and it is an important victory in the beginning and gives the team a big motivation. We tried to show our best. It was a great victory which came after the efforts of the players who were able to present a great match against strong competitor like Mash’al team. We have many confrontations that we have to be aware of and very focused to continue achieving the desired results and win the title again.”

Ariagner Smith – player of the “Lokomotiv”

Temurkhuja Abdukholikov – “The Best Footballer of the First Round” in Lokomotiv