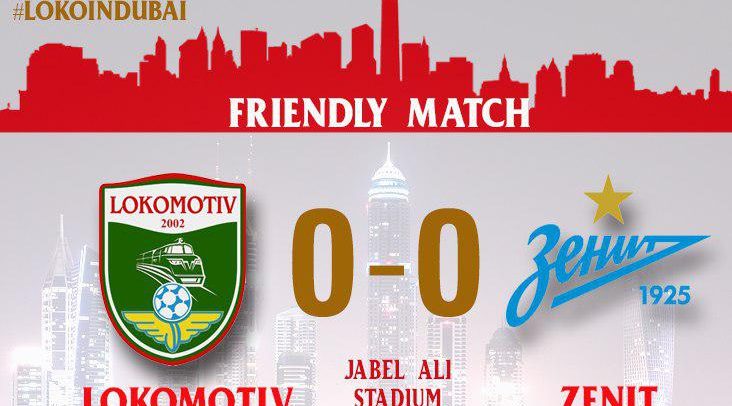 Tashkent-based FC Lokomotiv is preparing for the upcoming season in Dubai, UAE. On Friday the Railroaders side played against Russian Premier League club FC Zenit Saint Petersburg at the Jabel Ali stadium, Dubai.

UAE-based referee Mohammed Almani officiated in the friendly match. A defensive-styled game was ended with a goalless draw where FC Zenit scored two goals ruled out because off off-side.