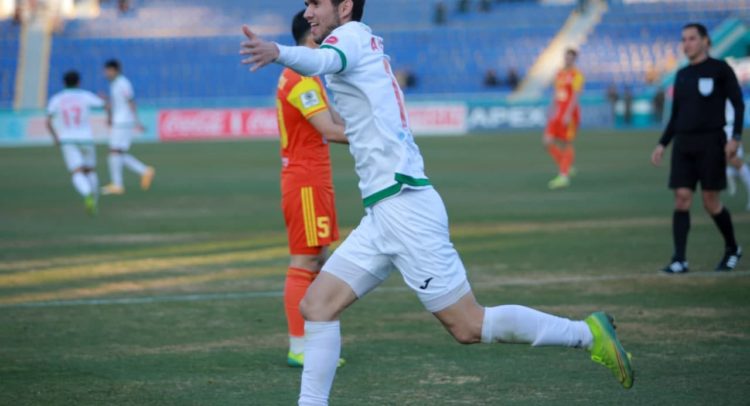 The next season in the top division of Uzbekistan has ended. It is gratifying that our club finished the season on a positive note, having won over Nasaf of Karshi, which, moreover, fought for silver medals

The coaching tandem Korostichenko-Miklyaev put up the maximum combat strength for the match. Except for a couple of positions. Javokhir Alijonov and Marat Bikmaev were absent due to injuries, and Gulom-Khaydar Gulyamov missed the match due to disqualification

The match itself began with interesting moments that came from both teams. But already, in the seventh minute, Khusain Norchaev brought the Karshi players forward. Despite the initial failure, the “railroad workers” began to actively make attempts to score the opponent’s goal. On the 25th minute, a penalty kick was awarded to the hosts’ goal, but the VAR video system showed that there was no violation. Despite the activity, the first half ended in favor of “Nasaf”
In the second half, the coaches made a couple of tactical substitutions and increased the pressure in the attack. On the 65th minute, the hosts’ footballer Jurabek Mannonov was sent off, and five minutes later, Aziz Amanov equalized the score, effectively closing the pass of Shukhrat Mukhammadiev. On the 75th minute, Temurkhoja Abdukhalikov scored 1-2, and on the 82nd minute, the same Abdukhalikov converted a penalty!