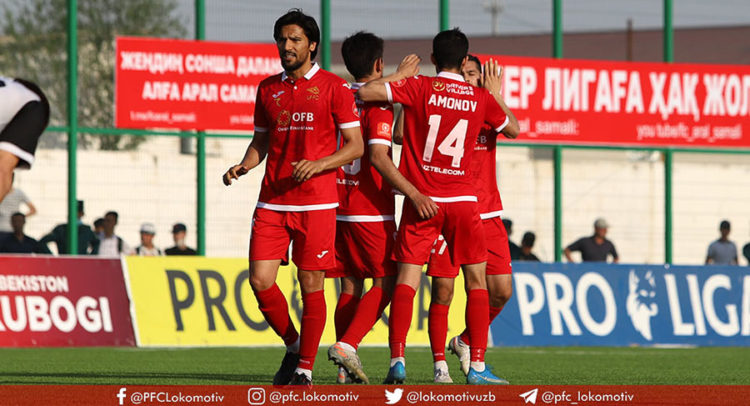 Railwaymen” flew to Nukus for 3 matches of the group round of the Cup of Uzbekistan, where the rival was the local “Aral Samali” from ProLiga. Since Mikael Sequeira’s charges have already secured access to the next stage, the coaching staff gave many leaders a rest by releasing a mixed squad for the match. At the 14th minute, the hosts opened the scoring. But soon, our team took full advantage of the match. On the 18th minute, Zhaloliddin Zhumaboev closed the serve from a corner, turning the moment into a goal. On the 25th minute, Aziz Amanov shot from a distance, thereby bringing Lokomotiv forward. In the second half, Igor Chikrizov distinguished himself in his debut match for the main team – 1: 3. On the 71st minute, Amanov made a “double”, and on the 73th minute, Ibrohim Ganikhonov put an end to the match – 1: 5, a major victory for our team

Lokomotiv wins next victory. This time, over "Mashal"