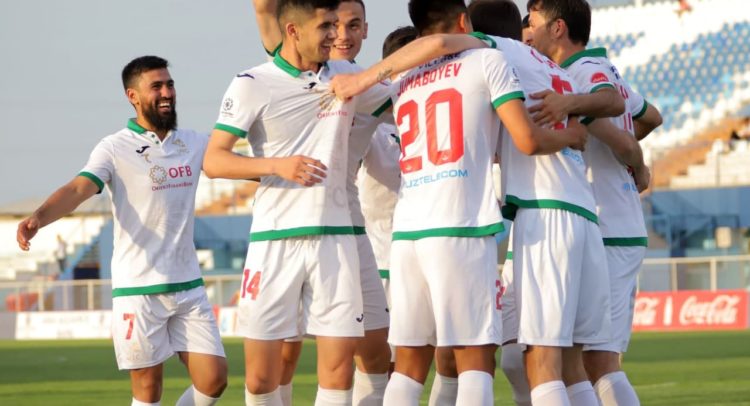 In the 7th round of the national championship, the “railroad workers” played against the representatives of the Mubarek “Mashal” on a visit. Due to the disqualification of Khurshid Mukhtarov, he was replaced by Dilshod Komilov. In general, the match was with Loko’s big advantage. At the 11th minute, the referee appointed a penalty kick to the hosts’ goal for hand ball. The standard was implemented by Temurkhoja Abdukhalikov. On the 22nd minute, after a corner kick, Islom Kobilov doubled our team’s lead. Note that this goal was the debut for our club for the defender. On the 33rd minute, for a rough game, the referee again appointed a penalty, but Javokhir Siddikov failed to convert this penalty into a goal. In the second half, Loko continued their attacks. On the 64th minute, Abdukhalikov scored a “double”. On the 84th minute, Kakha Makharadze, who came out in the second half, closed Aziz Amanov’s pass from a corner, making the score 0: 4. And at the very end of the match, the hosts reduced the gap with a penalty kick. Final victory 1: 4

And in the 3rd round of the group stage of the Cup of the country "Lokomotiv" won!

Victory in dusty Tashkent and Abdukhalikov's penalty. We conquer "Sogdiana"