HISTORY OF THE CLUB

In 2013 season Lokomotiv Tashkent finished 2nd after Bunyodkor for the first time in club’s history and gained promotion to 2014 AFC Champions League play-off. On 9 February 2014 in 2014 AFC Champions League qualifying play-off round match in Tashkent against Al-Kuwait Lokomotiv lost with score 1:3 and finished its participation in the tournament. On 1 July 2014 in Uzbek Cup semifinal Lokomotiv overcame Pakhtakor in two leg competition by 3:2 and to play in Cup Final against Bunyodkor. In 2014 Cup Final match on 12 November 2014 in Olmaliq, Lokomotiv overcame Bunyodkor by 1:0 and won the trophy for the first time in its first Cup Final. The only goal scored in 106′ midfielder Jasur Hasanov. In Uzbek League club finished 2014 season again as runners-up after Pakhtakor like the previous season.

On 8 March 2015, in Supercup match against Pakhtakor, Lokomotiv overcame by 4–0 and won its first SuperCup after a disappointing loss to Bunyodkor in 2014.

In 2016 and 2017 Lokomotiv made double by winning League and Uzbek Cup. Lokomotiv won 2016 League and became the champions for the first time in its history after three consequent seasons finishing as runners-up (2013-2015). 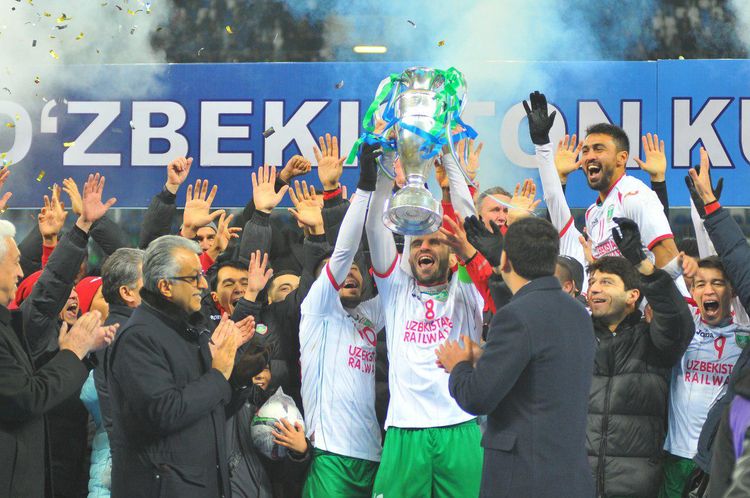