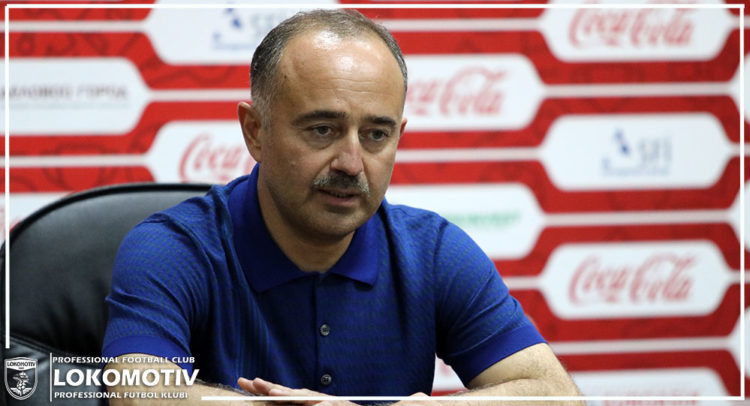 Immediately after the match of the 3rd round of the Uzbekistan League Cup, where Pakhtakor and Lokomotiv met (2: 1), a press conference was held and guest mentor Samvel Babayan took part in it.

“Congratulations to Pakhtakor on reaching the next stage. Kokand-1912 and Pakhtakor wish good luck in this tournament.

Today our young guys played. That is why we lost in skill, but in terms of commitment and struggle on the field – we did not lose to the opponent. The Lokomotiv team is leading the U-21 Championship, but if not to count Azizbek Amonov, not a single young “railroad” is called up to the Olympic team.

“Locomotive” need new players. It is necessary to strengthen each line. I think it is not necessary to repeat once again that the team sets itself the victory in all tournaments where it takes part.

Each club makes a choice and pays more attention to a particular tournament. And after the match in Kokand noted that in the League Cup, we will give a chance to the young. The first round of the Super League “Lokomotiv” finished with 12 players and therefore gave rest to the main players, ”said Samvel Babayan.

Ariagner Smith – player of the “Lokomotiv”

Temurkhuja Abdukholikov – “The Best Footballer of the First Round” in Lokomotiv