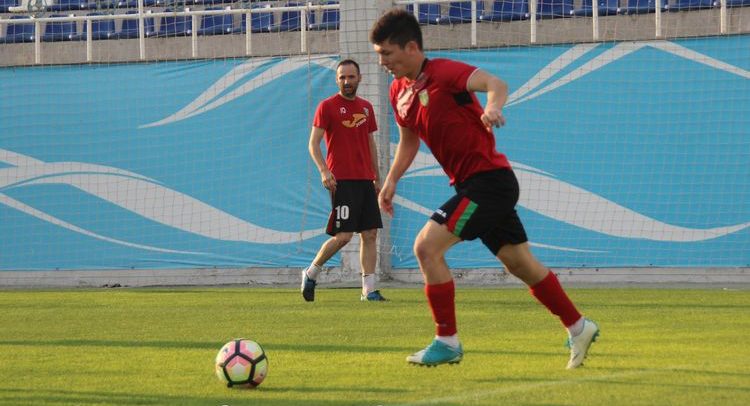 The match started at a low pace. The teams did not sit back in defence and delivered mainly set-play attacks.

Soon FC Lokomotiv players brought the ball under their control to register an opener in the 55th minute. Marat Bikmaev flicked a powerful shot from the penalty area, before FC Slutsk goalkeeper failed to deny the danger – 1-0.

Again, it was not without Bikmaev. This time the goalkeeper managed to parry the player’s blow, before Murod Bobojonov was the first to get onto the rebound and fired it home to double the lead – 2-0.

Bobojonov outplayed his man again to fire right into the corner, before FC Slutsk keeper cleared the shot with difficulty, but Kakhi Makharadze turned out to be the first on the rebound to make it 3-0