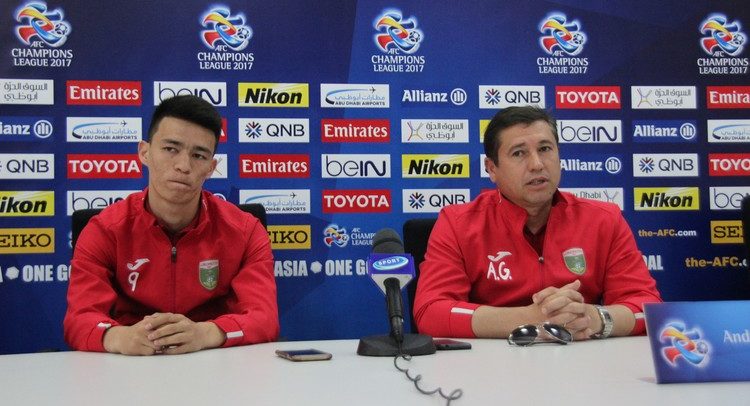 Andrey Miklyaev: Our goal is to achieve victory against Esteghlal

Andrey Miklyaev coach of Lokomotiv team asserted on the difficulty of the match of his team against Esteghlal Tehran (IRAN) team, which will be held tomorrow in the 4th round of the AFC Champions League.

Miklyaev said during the press conference about the match:

“It is a difficult match against strong team that is in the top of the group with 6 points, and our goal is to achieve victory. Because the match is on our stadium and in the middle of its fans so achieving the victory and the three points is important for us”.

Miklyaev added: “I know that the match will not be easy but we have a good team and we trust our players and we are able to win three points.

Indeed there are two players that are absent for injury, they are Shukhrat Mukhammadiev and Salamat Kutibaev, but we are not the kind of teams that are confused or complain from these circumstances”.

“Lokomotiv is always ready and in time for the big confrontations, and we hope to achieve our goal from the match, and i hope to help in the victory of the team and achieveing qualification”.

Tomorrow the technical meeting and the press conference

Lokomotiv will play in white uniform